History of Clownin’ Around Amusement Rentals

When, where, and how did it all start? How did you get to where you are today? Where do you want to go with Clownin’ Around in the years to come? Although I normally present abbreviated responses to these questions when asked face to face, I am led to share some more of the details since your curiosity has actively brought you to this page. I intend to satisfy your curiosity and hope that you find the story as fascinating as I’ve found it fun over the last 30+ years. 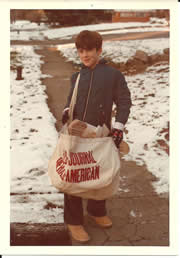 When, where, and how did it all start? Well, I learned to juggle in Cub Scouts in my pre‐teen days in Syracuse, New York (before 1978); I sang a solo in church as a pre‐teen; my entrepreneurial streak showed itself as a 9 year 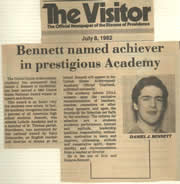 old when I took on a paper route delivering to over 50 customers in my neighborhood year round (in Syracuse, NY, that meant even in the ice and snow during the winter); was a bit of a “class clown” from about 5th grade thru half way through 7th grade when I moved to Smithfield, Rhode Island; performed in such theatre productions as Cabaret, Pippin, and The Lark while in high school at LaSalle Academy in Providence, RI; named a 1982 United States National Award winner in speech and drama; and have always enjoyed having a silly side. 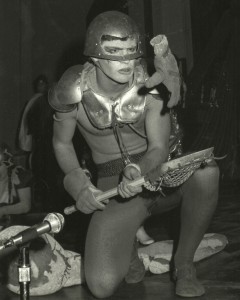 I know what you’re thinking. When did you actually start the business? I hadn’t yet but at some point I did teach myself to make balloon animals. After graduating high school in 1983, I took a year off during which I sold fitness memberships, was a trainer, and life guard for a franchise owned by the Bally Corporation. During this year I also spent some time with various professionals trying to determine what studies I would pursue when I went to college. Simultaneously, my parents had 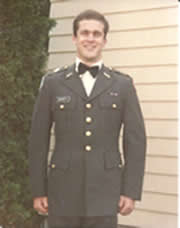 me apply for a variety of academic scholarships trying to lighten the potential financial burden of eventually having their 4 children college bound. Thankfully, I received a full 4 year Army R.O.T.C. Scholarship and not long thereafter I was accepted at Providence College. I entered as a pre‐med major but a year and half into the program I quickly discovered, though doing relatively well, that I was not really drawn to the medical profession as much as I was the thought of simply being a doctor. I requested to switch majors to Marketing. This move was approved by the college but also needed to be approved by the Army because they awarded my scholarship thinking they were going to be potentially getting a doctor several years down the line. To my delight, they approved my change of majors and I maintained the scholarship. Soon after returning from Ft Benning

GA, where I completed my Airborne training the summer of 1986, I realized that though I did not have a financial need I felt like I had a creative energy that I was not using. One Saturday afternoon in July 1986, I searched through the classified section of our local newspaper and happened across an ad that read “Bartenders, Bar Maid, and Weekend Clown wanted”. Being a marketing major, I quickly thought that the company was simply trying to capture the attention of the bartenders and bar maids by including “weekend clown wanted” but out of curiosity I called and discovered that it was a chain of family style restaurants called The Ground Round. On weekends, a section of the restaurant was available for children’s parties. Their trademarked clown “Bingo the Clown” acted as waiter or waitress and provided whatever level of entertainment possible. 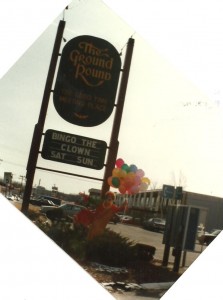 I spoke with the manager and shared that though I had limited restaurant experience, I was enthusiastic about learning and did know how to juggle, make balloon animals, and was not afraid to “make a fool of myself” in a clown outfit. Not long into this weekend employment opportunity, I realized that the kids and parents were very receptive to my entertaining presence. At first I thought folks were saying nice things because they felt sorry for this 21 year college student who was dressing up like a clown to make spending money but after the tips I was “laughing all the way to the bank” as $10/ hour wasn’t bad for a young guy in 1986. 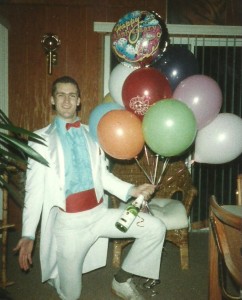 One Sunday afternoon I had arrived to entertain/serve two scheduled parties. They cancelled and my manager turned to me, noticing that I was already in clown make‐up, and felt bad about the prospect of sending me home so she had me blow up a bunch of helium filled latex logoed balloons and go out to the intersection to hand them out. Here is where some of the first business “bells” started going off in my head. I was overwhelmed by the immediate draw that the clown and the balloons had on the general public. People of all ages would stop for a balloon and generally I was getting an enthusiastic response as I smiled, waved, and bounced around like any good high energy clown should. People would very regularly and predictably yell out “Hey, quit Clownin’ Around !” , “You’re always Clownin’ Around !”, and similar phrases. My entrepreneurial spirit quickly had me thinking, if I make this much money working for someone else, imagine what I might be able to do working for myself. Very few days passed and I was sitting down with an artistic friend of mine . I said, with a new and perhaps naïve level of confidence, that I was going to start a company named Clownin’ Around, and I was going to provide clown entertainment services and do balloon deliveries. I asked him to integrate the business name, a clown face, and the balloon idea into a logo.

The logo you see here is what he came up with for my very first business cards 30+ years ago. So, from 1986‐1988 I did clown entertainment, balloon deliveries, and sold helium filled balloons from my old beat up Honda Civic in front of an A&W Rootbeer stand in Smithfield RI while completing my degree in Business Administration with a major in marketing at Providence College. 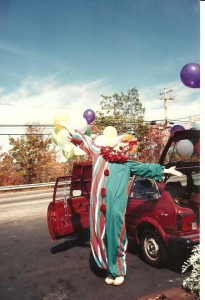 I was also commissioned as an Infantry officer in the US Army and spent from 1988‐1993 on active duty service. During my time in, I managed to do a limited amount of entertainment for a small company in Santa Cruz, CA but constantly wondered what I could turn my business into if I ever pursued it full time. At this point I knew that I had to fulfill a 4 year active duty commitment to pay the Army back for paying for my college education but was not sure whether I might end up being a career military officer. Soon after returning to Ft Benning GA to complete another course, I submitted my paperwork to get out and leave the security of a government pay check and the rank that I had earned up until that date. I’m sure many (perhaps, all) who heard of my decision to put myself in a self imposed unemployment line thought I was insane but I could no longer just dream of what might be. I had to give Clownin’ Around a full time attempt and that I’ve done. 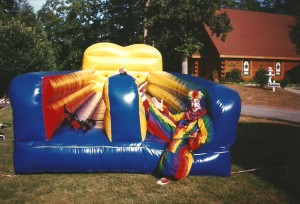 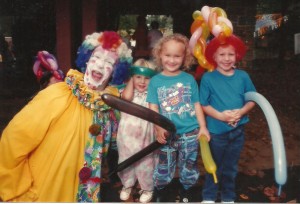 “Rainbow the Clown”, my clown name, proved to be my springboard to very rapid business growth and expansion into service areas that included many small and large communities within a 250 mile radius of our headquarters in Columbus, GA. As the business blossomed rapidly in the late 1990’s I made the difficult decision to put all live entertainment services aside and focus our time and energy on renting equipment as it became glaringly obviously that as an entertainer I could only be one place at one time but I could have lots of equipment in lots of places at the same time and I didn’t have to be there at all with the help of valued dependable employees. 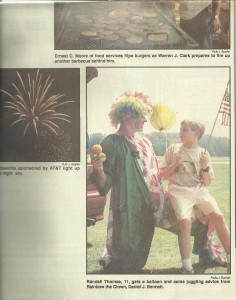 Over the last 20+ years since we made that transition to being rentals only, we have managed to grow the business significantly and have completed over 10,000 safe and successful events. Not long after getting married to my beautiful wife Michelle in 2002 and having three children in 2003, 2004, and 2006, I made an active decision to retract our service coverage so that I could be actively involved in the many exciting activities of their lives. This adjustment has Clownin’ Around focusing more exclusively on serving the Columbus GA, Ft. Benning GA, and Phenix City AL areas though we are regularly called upon to happily accommodate repeat customers and referral customers well outside this region. We provide amusement rental services to the widest variety of special events such as home parties, church festivals, school fairs, corporate picnics, business promotions, family reunions, military organizational days, and any other special affair that demands that fun be part of the agenda. 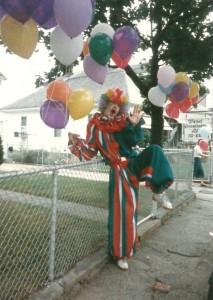 How did we get to where we are today? I will, for now anyway, refrain from sharing “the secrets” of how Clownin’ Around has managed to thrive from its inception to present day while so many other similar businesses have not been able to survive. I will say that we are particularly thankful that fun hasn’t gone out of style and that vision, focus, consistency, dependability, hard work, a level of risk, and faith have all been part of our equation for success. Where do I want to go with Clownin’ Around in the years to come? Well, frankly, from a very early stage in my business growth I have desired to take my successful business model and duplicate it at least nationwide and perhaps worldwide as a franchise opportunity for others to enjoy and profit from. This continues to be a dream that I would someday like to make a reality. In the short term, I will continue to expand our inventory of fun so that even customers who have used us regularly for the last couple decades will have an opportunity to select new and exciting attractions if they desire. 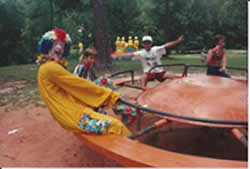 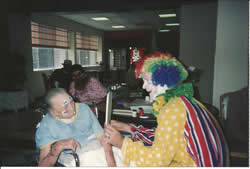